When to Quit a Job: 5 Questions to Help You Decide

I’m about to quit the company that I’ve served for 6 and a half years. To make that decision was never easy, a constant battle between rationals and emotions - it had worn me down. And I know a few friends are also going through such struggles, wandering the forests of changing jobs or changing teams.

When I was reading the book When: The Scientific Secrets of Perfect Timing, the sort of 5-questions checklist that served a different perspective of seeing things and clearing my head - something that’s outside of my circle, completely objective but absolutely relative, exactly what I needed.

So I thought it might be helpful to share that piece of advice for those who’re in that stage of life.

To leave or stay, that’s a question. And only you can answer it. After reading it, what’s in your mind? Listen to that voice carefully, no matter what you choose in the end, be honest with yourself.

1. Do you want to be in this job on your next work anniversary?

2. Is your current job both demanding and in your control?

The most fulfilling jobs share a common trait: They prod us to work at our highest level but in a way that we, not someone else, control. Jobs that are demanding but don’t offer autonomy burn us out. Jobs that offer autonomy but little challenge bores us. (And jobs that are neither demanding nor in our control are the worst of all.) If your job doesn’t provide both challenge and autonomy, and there’s nothing > you can do to make things better, consider a move.

3. Does your boss allow you to do your best work?

In his excellent book Good Boss, Bad Boss: How to Be the Best… and Learn from the Worst, Stanford Graduate School of Business professor Robert Sutton explains the qualities that make someone worth working for. If your boss has your back, takes responsibility instead of blaming others, encourages your efforts but also gets out of your way, and displays a sense of humor rather than a raging temper, you’re > probably in a good place. If your boss is the opposite, watch out - and maybe get out.

4. Are you outside the three- to five-year salary bump window?
One of the best ways to boost your pay is to switch organizations. And the best time to do that is often three to five years after you’ve started. ADP, the massive Human Resources management company, found that this period represents the sweet spot for pay increases. Fewer than three years might be too little time to develop the most marketable skills. More than five years is when employees start becoming > tired to their company and moving up its leadership ranks, which makes it more difficult to start somewhere else.

5. Does your daily work align with your long-term goals?

Ample research from many countries shows that when your individual goals align with those of your organization, you’re happier and more productive. So take a moment and list your top two or three goals for the next five years and ten years. If your current employer can > help you reach them, great. If not, think about an ending.

“If your answer to two or more of these is no, it might be time to craft an end,” the author wrote. But I’d say, no rush, take your time, don’t get pushed.

It is you who are gonna live with that decision. Maybe your emotion is already built up, maybe you don’t care of losing the entire forest - as long as you can find the sweetest fruit of yourself or get away from that annoying big bird. Nevertheless, hope this material sheds some light on your situation.

If you’ve already decided to quit eventually but want more comprehensive strategies, I recommend the book Quitter: Closing the Gap Between Your Day Job and Your Dream Job by Jon Acuff. The subtitle is the sales pitch 🙂. 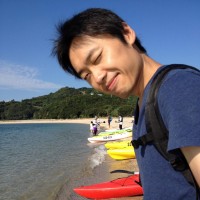